Those Who Know: The Martyrdom of Korryn Gaines 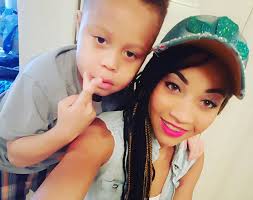 One of the first sisters to be killed in Black August of 2016 was a mother by the name of Korryn Gaines, who was defending her self from being kidnapped by Baltimore police. Immediately people who trust and believe that police officers protect and serve want to know, "Why she had a gun and why would she point it at police?" Those who know the real function and duty of the police ask no such thing but instead ask, "Why wouldn't she have a gun?"  As it has been stated by many before us, " The gun is the great equalizer between men."  Was it not Korryn's right to have a weapon in her home?  Or is self defense only preserved for Whites and those with badges?  Those who know understand why she had a pump action shotgun.  We only wish her shotgun slugs would have found their target and the police bullets would have missed her five year old prince and missed her much needed spiritual vessel.
Those who know do not ask, "Why did she have a gun?"  Instead they ask, "Why were Korryn Gaines' social media accounts erased before her execution?"   They ask, "What did the police not want to be transparent about?"  They ask, "What didn't they want 'Those that know' to see?"
Those who know do not ask, "Why didn't she just submit first to the police towing her car, and later to the authority of the police to arrest her for a minor traffic warrant?" No, they do not ask this because we know that Korryn was focused on a higher principle of complete liberation thru fearlessness.  A principle that she was trying to teach her seeds.  A principle that is desperately needed today to bring those who don't know, who are destined to know, into the know.  A principle that was passed down from the first maroon who resisted thru generations and taught to those modern day martyrs who knew, such as Lovell Mixon, Chris Dornor, Korryn Gaines and many, many, many, more.  A principle that free's you and sentences you to death at the same time, in world full of those who don't know. Those who know, know why Korryn Gaines did not compromise the integrity of this principle, not even for a traffic ticket warrant.
Those who know ask, "Why is Ted Bundy and his armed militia, who had a months-long standoff with federal agents, still alive but our precious martyr Korryn Gaines gone?"  But those that know, already know the answer.
Those who don't know say, "Korryn had mental problems."  However, those who know, know that those who know are usually diagnosed with this "mentally ill"  label because they do know, and
reality is actually the reciprocal of this distorted situation.
Those who know say, Rise In Power Korryn Gaines!"  "Your sacrfice was not in vain!"  "The Struggle continues!" https://youtu.be/llnoIsAk66g 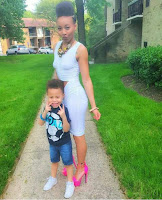 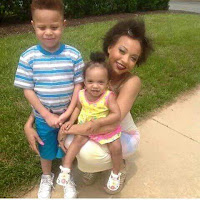 Posted by Unknown at 4:15 AM No comments:

The Importance of the Housing Struggle

The current housing crises facing Oakland and many other urban cities across the United States cannot be blamed on bad decisions that were made by a local, state, or federal governing bodies. The local governments like to blame the state, the state then blames the federal government, and the federal government shifts the blame back to the state and so on.  It is a never ending blame game. No matter who is to blame for the criminal mishandling of the People’s money, which will be briefly discussed in this article, the fact still remains that the people must begin to aggressively organize locally in order to survive these institutional attacks on our wellbeing and one of our basic human rights, which is housing. When truthfully looking at history, the importance of organizing to provide housing for all people becomes crystal clear.
Around mid-20th century, the federal government began to insure massive amounts of mortgage loans to mainly white families, who in turn began to leave the inner cities (white flight) and dwell in white enclaves known as the suburbs.  Blacks were denied these loans, and the inner city neighborhoods they were forced to stay in were outlined in red (redlining) by the federal government, and appraised at a much lower price than their white suburban counter parts because they were less desirable, due to the crime of being an all-black neighborhood. Also, the houses (which would eventually build equity and wealth) that whites moved into in the suburbs had clauses in their deeds (restricted covenants) that the house could never be sold to blacks if it was ever placed on the market.  These racist federal policies in housing effectively created a huge gap in wealth between blacks and whites, due to a majority of American families’ wealth being in their homes, and created what eventually became to be known as the ghetto, or inner city slums. This is only one reason why there must be aggressive organizing around the human right of housing.
Now let’s fast forward to 2008, where mortgage lending companies and banks brought the country economically to its knees by giving out toxic loans because they knew that 90% of these loans were guaranteed by the federal government, and the federal government’s response of bailing these corporations out with $700 billion dollars of the People’s money and effectively propping these corporations up, instead of prosecuting them and letting their criminal enterprises fail and all those housing assets be transferred over to the people who they were exploiting.  Now these companies who received federal welfare, are buying up all of the property in inner city communities and causing a catastrophic housing crises (gentrification) due to their unbridled lust for profit in the form of rising rents and inflated housing prices. These capitalist are pushing out anybody who cannot afford to pay their criminal rental and mortgage rates.
In light of all these injustices, The City of Oakland, has failed to protect its residents from the onslaught of banks, greedy developers and mortgage companies whose only motive is unchecked profit.  The City is more concerned with attracting wealthy tax paying corporations and citizens then providing for the needs of the People.  On April 5th, the City of Oakland has a chance to enact a State of Emergency due to rising rents and stop all “no cause” evictions, which is the first and most basic step they could take. But those in the community who have been affected by all of these injustices must organize and show up and put pressure on these officials to make the right decision, and if they don’t we must use our collective power to remove them.
The truth is to solve the current housing crises, the revolutionary ideology that housing is a human right must be the foundation and end goal of all of the organizing efforts of the People.  But there are some steps an unified and organized People can force the City to take in order to relieve the immediate suffering of the People. We can organize and demand that the City of Oakland use the People’s money to employ local citizens to build massive local housing developments that would guarantee every citizen a place to live, which is our human right.  We could show the whole country how a local municipality should respond to the housing crises caused by austerity and the criminal misappropriation of the Peoples resources.  Come out April 5th, 2016 at 5:30PM to City Hall (3rd Floor), and tell the City of Oakland to do its job!  Let’s struggle together and win!

Interested in becoming more involved in organizing around housing?  Come out every Tuesday night at 7PM to Qilombo Community Center at 2313 San Pablo St.  Oakland, CA or call 510-712-8808. 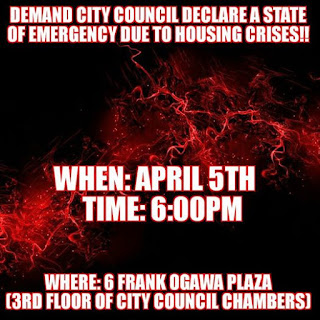